Dark stripes on the soil are the cutans, indicating of solonetzic soil (photo by I.N.Gorokhova)

Sunset in the Volgograd Region (photo by I.N.Gorokhova)

Our work aims to determine the possibilities of identification of the fields with various crops, leys and fallows, using the multispectral high resolution (10 m) satellite imageries taken by Sentinel-2 Satellite. For this we studied the irrigation system of Volga-Don in the dry steppe zone of Volgograd Region. We analyzed the images, taken from February to August 2020, and used the field materials, obtained from the surveys that took place from August to September 2020 in the said area. The variations of the agricultural lands structure were carried out visually and automatically, which allowed us to identify winter cereals, spring crops, leys and fallows. Among them we identified such crops as Sudan grass, corn and soybeans. The accuracy of automated method of structure identification was 75%. We used a combination of different channels for multispectral images to divide the irrigated/non-irrigated fields of the irrigation system and the fallows of different years.

This resulted in a creation of a map of agricultural lands structure for the central part of the Volga-Don irrigation system. It shows the cultivated crops on the irrigated and dry lands, leys, uneven-aged fallows and the exact area of each field.

The calculated NDVI values represented the state of crops during different stages of their growing season. The obtained data made it possible to select key sites and study the irrigated soils, because the agricultural crops condition reflected the structure and degradation of the land cover and helps to select the required sites properly.

Our studies have shown us the possibility to use the high resolution remote data for assessment of the structure and state of agricultural lands, and selection of the key sites for soil surveys, the information about which is necessary to develop and select the suitable ameliorative measures.

Novikova N.M. ECOLOGICAL AND GEOGRAPHICAL ASPECTS OF THE ARAL SEA CRISIS. PART 3. RESEARCHES OF THE DYNAMICS OF THE NATURAL COMPLEXES OF THE ARAL SEA REGION // Ecosystems: ecology and dynamics. 2021. Vol. 5. No 3. P. 60-155. | Abstract | PDF | Reference | 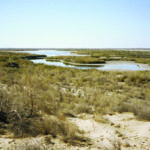 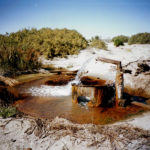 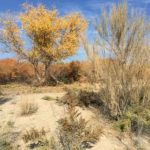 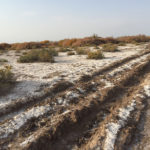 Saline in the coastal part of the Amu Darya Delta, north of Kazakh Darya, 2017 (photo by N.M.Novikova) 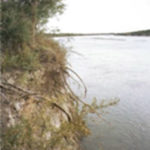 The affluent channel of the Amu Darya River near Porlytau, 1998 (photo by N.M.Novikova) 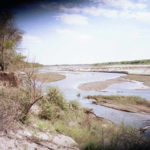 The shallow channel of the Amu Darya River near Porlytau, 2000 (photo by N.M.Novikova) 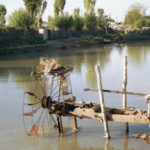 A construction for water intake from a channel in the Kazakhdarya Village, 2000 (photo by N.M.Novikova) 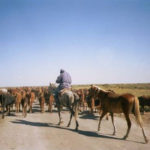 Herd in the valley of the Kazakh Darya channel, Amu Darya Delta, 1986 (photo by N.M.Novikova) 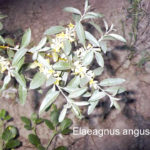 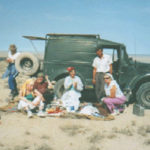 Expedition on the dried seabed, 2001 (photo by N.M.Novikova)

Belousova A.P., Rudenko E.E. MODELING OF THE POLLUTED GROUNDWATER FLOW INTO CONFINED WATER IN THE FOREST ECOSYSTEMS BY THE EXAMPLE OF THE KALUGA REGION IN THE RADIOACTIVE CONTAMINATION ZONE // Ecosystems: ecology and dynamics. 2021. Vol. 5. No 3. P. 192-224. | Abstract | PDF | Reference | 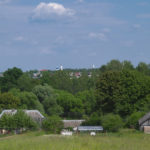 Terentyevo Village, Kazanskaya (on the left) and the Uspenskaya churches of Maloyaroslavets can be seen on the horizon (photo source https://commons.wikimedia.org/w/index.php?curid=15533175) 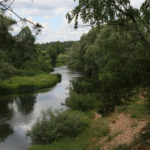 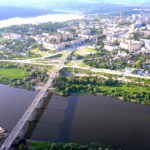 Kaluga from a bird’s eye view (photo by D.Bunkov) 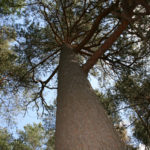 Forest in the Kaluga Region (photo by D.Bunkov) 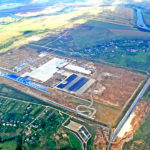 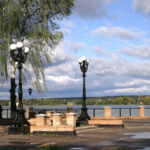 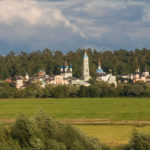 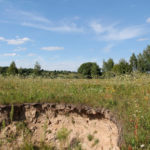 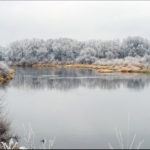 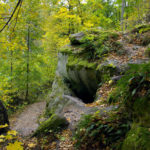 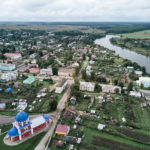 The purpose of this article is to study the migration processes of various pollutants, including radionuclides, from poorly sorbed to highly sorbed ones, in the groundwater and confined water, using the method of mathematical modeling. The object of the study is the part of the Kaluga Region that was affected by the accident at the Chernobyl Nuclear Power Plant the most.

Besides, an unfavorable option for the ecological condition of confined waters was considered, due to the impervious horizon being insufficiently impermeable to the polluted waters, flowing from the aquifer. This situation was probably caused by the natural lithological structure (interlayers, sand lenses, sandy loams, insufficient depth) and industrial factors (poorly insulated holes, wells and other structures that open the aquifer). All the factors listed above are the “fast migration routes” that make it possible for a lot of pollutants to penetrate the confined aquifers, where the fresh water is contained.

To study the pollutants migration in the previously created MT3D model, we selected two profiles. They were located along the lines of groundwater flow, stretching from the watershed to the area of discharge, i.e. the rivers. The ecological situation was analyzed for 4 calculation periods of 30, 60, 100 and 300 years (to link it to the half-lives of radionuclides), for 4 coefficients of sorption distribution (Cd) of pollutants: 6, 26, 200 and 1000 l/kg for radionuclides with decay and other toxic, strongly sorbed pollutants without it; 0.5, 1.0 and 3.0 l/kg for poorly sorbed pollutants. We assessed the ecological situation in the first layer (groundwater), the second one (watershed layer and pore solutions) and the third one (confined water).

In addition, several spots were selected for the analysis of the ecological situation.

The modeling resulted in a comparison of all development scenarios of the pollution processes and analysis of the factors that determined them. In addition, we studied the capabilities of the process of pollutant diffusion and its impact on pollutant migration. Therefore, the main factors to form the processes of pollutant migration are their radioactive decay, their sorption characteristics, and the hydrodispersion of groundwater flows, which depends on the geological and hydrogeological conditions of the studied territory. Aside from this, diffusion plays an insignificant role in their migration as well.