Sviridova T.V.,  Grinchenko O.S. Conservation of Agricultural Landscapes as the Habitats of Rare Waders and Other Birds in the Territory of Prospective Nature Park “Crane Country” // Ecosystems: ecology and dynamics. Vol. 6, No 1. 2022. P. 118-133. | Abstract | PDF | Reference | 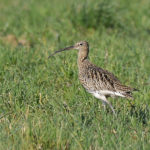 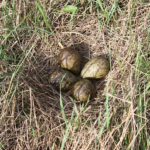 Nest of the Eurasian curlew (photo by T.V.Sviridova) 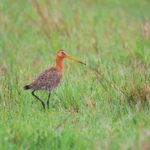 Black-tailed godwit in the meadow (photo by V.V.Subachev) 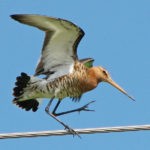 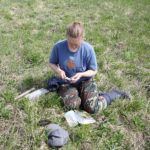 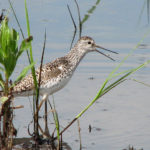 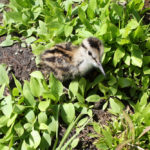 Chick of the marsh sandpiper (photo by T.V.Sviridova) 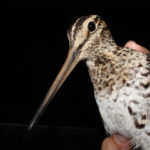 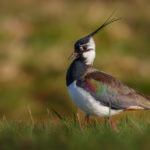 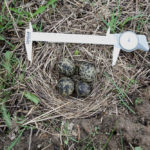 Nest of the lapwing (photo by T.V.Sviridova)

Two projects on conservation of rare waders in agricultural landscapes in the north of Moscow Region (Russia, 56°41’N, 38°00’E) were carried out with the support of the Rufford Foundation (RSGF) in 2012-2014 in an area known as the Homeland of the Crane – Important Bird Area, included also in a shadow list of Ramsar Sites. This area is a mosaic of various wetlands (raised sphagnum bogs, birch and black alder forests, willow swamps and oxbow lakes) alternating with agricultural lands such as floodplain meadows, hayfields, arable lands, pastures and abandoned lands. For highly developed Moscow Region it is a unique locality with still existing habitats suitable for Common Cranes Grus grus and many other rare birds, including declining and threatened breeding waders – Black-tailed Godwit Limosa limosa, Eurasian Curlew Numenius arquata and Great Snipe Gallinago media.

Plans to establish Nature Park in this area have been developed since the end of XX century. However, implementation of these plans has been suspended in the 2010s, and conservation community has made efforts to maintain the value of the area until establishment of Natural Park there. Special attention in these efforts was paid to conservation of rare breeding meadow waders, in particular, with support of the RSGF. These efforts were successful as above-mentioned wader species along with other birds still breed in the area in relatively high numbers. In 2020 a project of Nature Park «Crane Country» with new extended boundaries was included in the recent official governmental «Scheme of development and localization of SPAs in Moscow Region». Almost half of an area of prospective Nature Park is represented by agricultural landscapes.