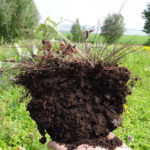 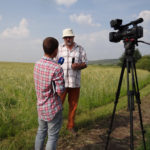 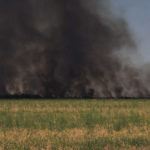 Fire in the steppe (Photo by G.S.Kust) 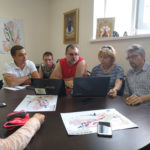 Discussion of the targets of Institute of Geography of the Russian Academy of Sciences expedition with local farmers (Photo by M.V.Belyaeva) 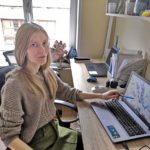 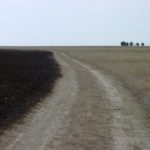 Consequences of the steppe fire (Photo by G.S.Kust) 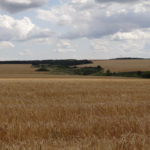 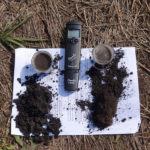 Implementation of soil chemical analyses in the field by Express method (Photo by O.V.Andreeva) 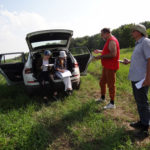 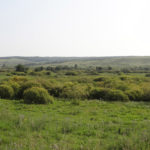 Chernozem – the “King of soils” (Photo by V.A.Lobkovskiy) 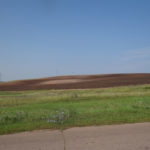 The purpose of the article is to consider the possibility of using the concept of Land Degradation Neutrality (LDN) and the calculating module Trend.Earth recommended by the UN Convention to Combat Desertification (UNCCD) to assess the short-term dynamics of land degradation in several regions of the South of the European part of Russia (Belgorod, Voronezh, Volgograd oblasts, Stavropol kray). To validate the obtained results the space imagery has been used. The LDN concept, widely developing during recent years by the UNCCD, is considered in world science and practice as a scientific and practical platform for the efficient use of land resources and rational nature management, and for the adoption of relevant political and economic decisions.

For the first time in Russia, the Trends.Earth based on the Q-GIS platform specially developed by the UNCCD to evaluate the LDN was used as a research method. With this method based on an analysis of three indicators: changes in land cover, changes in productivity, changes in soil organic carbon (SOC), an integral indicator of the proportion of land that is degraded over total land area of the studied regions for the period 2001-2015 is calculated. This indicator is officially approved by the UN to monitor progress towards achieving Sustainable Development Goals (SDG) target 15.3.

It has been proved that the Trends.Earth calculation module recommended by the UNCCD for the assessment of LDN provides fairly informative spatial and quantitative data on the state of land at the subregional level and can be used on preliminary basis to assess land degradation in the south of European Russia and similar territories. For more accurate calculations based on the LDN concept, it is necessary to increase the accuracy of data, in particular, on the spatial distribution and dynamics of soil organic carbon stocks.

The results described that the land cover is a relatively slightly changing indicator of land cover dynamics for developed agricultural regions; a more dynamic parameter is productivity change. Comparison of the studied regions in terms of land restoration potential based on the proposed LDN Index showed that Belgorod and Voronezh regions have the greatest potential, and the lowest potential is characteristic of Volgograd region where the proportion of degraded lands is significantly higher than those restored during the same period of time.

Based on the indicator of the proportion of degraded lands over the total area, the studied regions can be ranked in the following order: Stavropol Kray (29.5%), Belgorod Region (34.4%), Voronezh Region (34.7%), Volgograd Region (62.0%). Studied regions are characterized by a high proportion of growing of degraded lands area over the past 15 years, despite ongoing soil conservation and environmental protection measures.

Validation of the data obtained using satellite images showed that, in general, for the level of individual regions, the proposed tool reflects the main trends of land degradation, however, for more detailed studies on a large scale, the development of more complex algorithms using satellite images and higher resolution data are required.