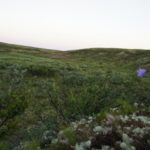 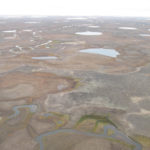 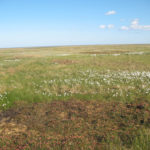 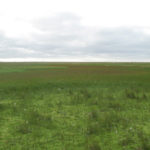 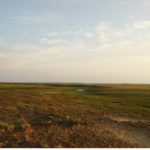 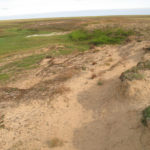 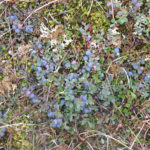 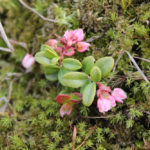 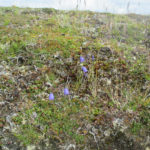 In this article we summarize the quantitative data on the aboveground phytomass of tundra communities collected during the expeditions of the Russian Center for Arctic Development on the Yamal, Taz and Gydan Peninsulas in 2017-2018. The phytomass was studied within formations of various plant communities of three subzones of the West Siberian tundra: arctic, typical and southern tundra. Aboveground phytomass is one of the sources of organic matter in the soil; therefore, the study of its accumulation in tundra communities is of great importance for the further studies of the processes of carbon deposition. In this regard, it is necessary to obtain data on the ratio between living phytomass and mortmass in different geographic conditions and in different types of plant communities, while identification of the fractional composition of living phytomass makes it possible to understand the features of living matter accumulation and carbon deposition. This study revealed some general patterns of aboveground phytomass accumulation, such as an increase in its value as it moves from north to south, from the arctic tundra subzone to the southern tundra subzone. The accumulation of phytomass varies significantly due to the nature of vegetation. The maximum values of total phytomass are common for dwarf willow and sedge-cotton grass communities in the arctic tundra; for shrub willow, alder and dwarf birch communities within the typical tundra and southern tundra subzones. Analysis of the fractional composition of living phytomass within the subzones showed that fraction of mosses prevails in the arctic tundra; shrubs and dwarf shrubs prevail in the typical tundra, with a high amount of mosses; and the absolute predominance of shrubs is common for the southern tundra. The ratio of mortmass and living phytomass in communities depends mainly on the plant formation within each subzone. Our results can be used to compile a map of phytomass storage and structure within the tundra communities of Western Siberia, which will make it possible to assess the reindeer capacity of local pastures, and to account the carbon deposition in the poorly studied areas.